Argo is a company developing a set of tools enhancing Kubernetes. They launched Argo CD and Argo Rollout, the first one to promote a declarative, GitOps continuous delivery way – GitOps is explained below – for Kubernetes applications, the second one enables Rolling Updates as a deployment strategy. They’ve also released Argo Workflow and Argo Events to handle complex sets of tasks with Kubernetes Operators. This three-year-old project is an Incubated Project of the Cloud Native Computing Foundation.

This article will focus on the first two CD tools.

Releases happen every quarter with up to ten patches in between. Today, the team's roadmap mostly includes performance improvements and alerting features through connectors with Slack, Github, PagerDuty, etc.

Several companies have implemented it, including technology companies like Qonto, Tesla, TicketMaster, and large corporates such as Volvo, EDF Renewables, and HSBC.

Practicing GitOps means building your infrastructure as code and then versioning and deploying it with automated tools. Although versioning infrastructure code becomes a no brainer, ArgoCD enforces GitOps practices and removes any imperative CLI tools like kubectl from the developer workflow. 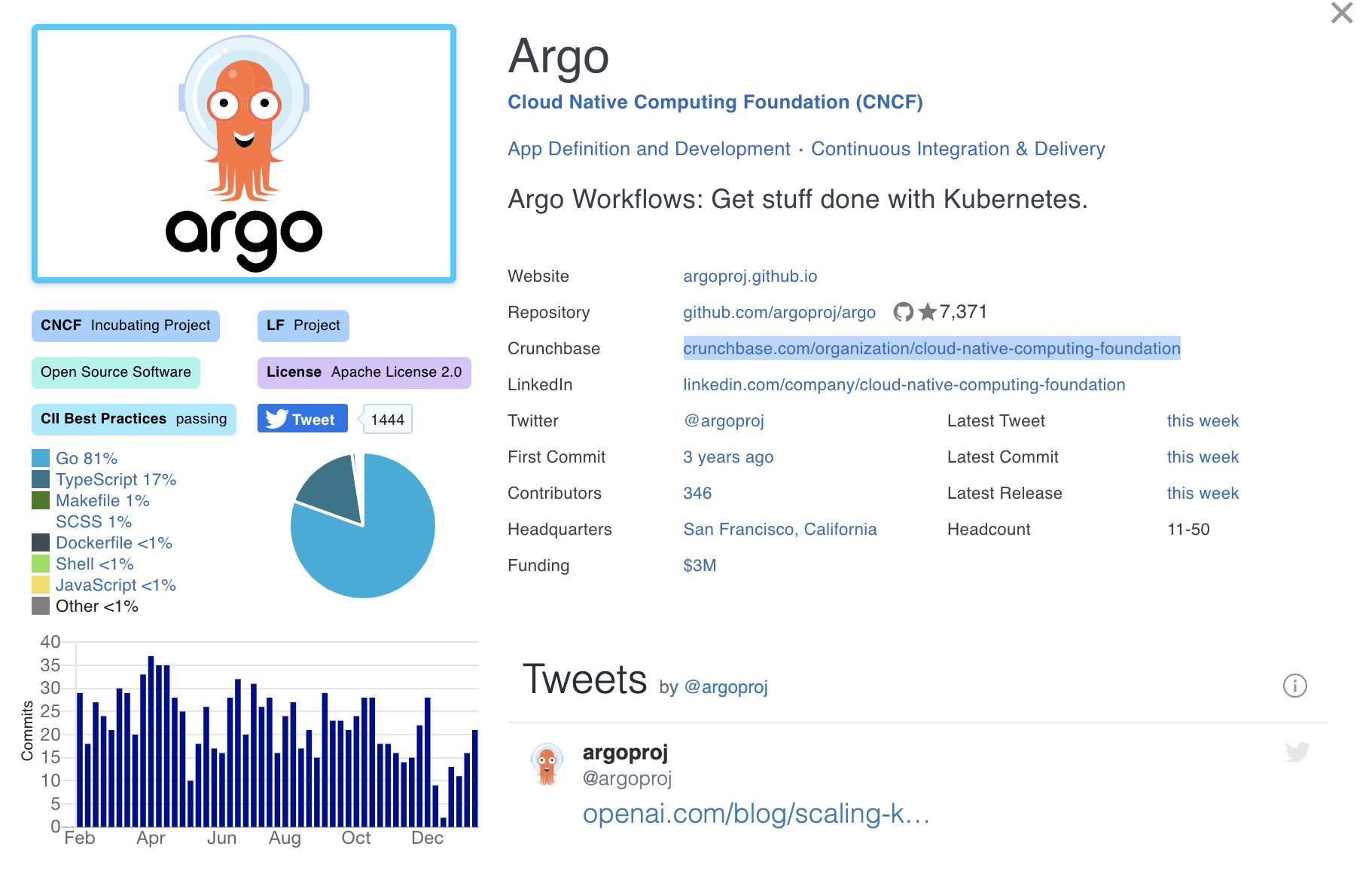 We first used ArgoCD to deploy one application on more than 10 client-dedicated clusters on 2 Cloud Providers. Along the way, we discovered that ArgoCD has a lot to offer to enhance the deployment experience and be a standard interface between dev and ops.

ArgoCD is appealing for:

Benefit #1: It improves the maintainability of your continuous delivery pipelines

Because of this, gitlab-ci.yaml files are lengthy and complicated, which makes these configuration files hard to maintain. Argo facilitates the separation of concerns (an important SOLID principle) by introducing a specific way to handle the third stage: artifacts' deployment.

ArgoCD makes the delivery of a part of the application by defining it with Kubernetes templates: 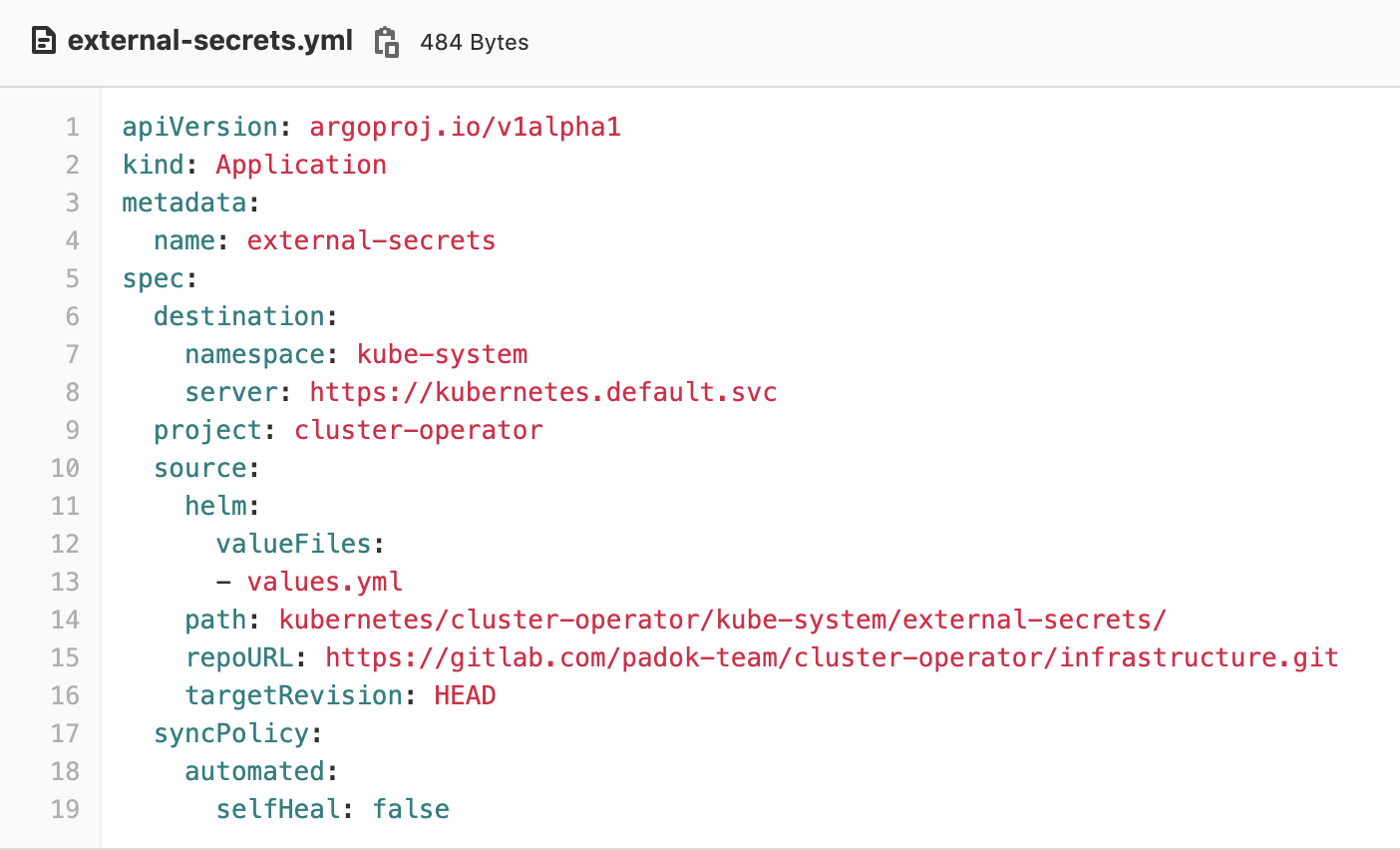 When a pipeline pushes a new Docker image to the registry or a Kubernetes template changes, ArgoCD reacts and deploys the new image, without any "push stage" in your CD. No further maintenance is required!

ArgoCD introduces the concept of Applications: a set of Kubernetes resources grouped by business logic. This is a game-changer: Applications bring developers closer to the business domain and remove the requirement to understand complex infrastructure resources...

Argo CD view of an Application

Six kubectl commands are needed to obtain the same information and: 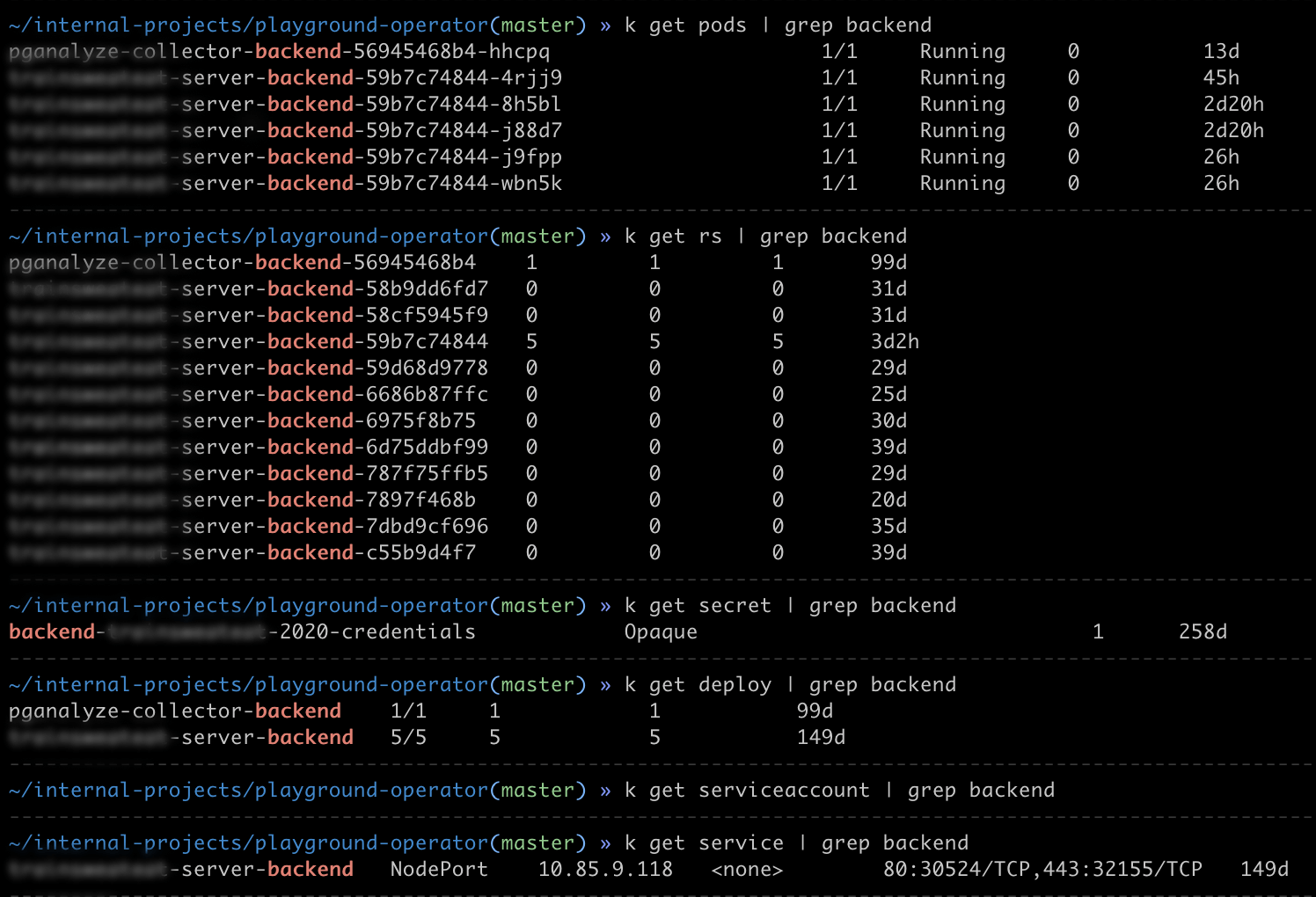 Kubectl CLI results to obtain the same information about the Application

Benefit #3: It performs slow Rolling Update to give you time to test your application in production

When you're deploying a Kubernetes application, you can perform a rolling update:

We can upgrade services without downtime: it's fantastic, but it's not enough. Two versions of your app coexist, and you can't test your new release on a small percentage of users in a controlled manner. This last deployment technique is called Canary Release.

Argo Rollout helps you to do so by configuring pauses between your rollouts:

As shown above, you can configure pauses with Argo Rollout. Still, you lack observability:

Trade-off #1: It is heavily coupled with Kubernetes

Get stuff done with Kubernetes -

This quote is the headline of the Argo website. It is crystal clear: Argo works only for your applications hosted in a Kubernetes environment.

Furthermore, developers are getting used to gitlab-ci.yaml files. Shifting to Argo makes the deployment part more hidden for developers as it's become a Kubernetes resource.

Trade-off #2: Yet, another tool to maintain

Mckinsey claims that working on tools rationalization gives the company "a return on investment of more than 50 percent, a reduction in time to market of at least 30 percent".

Introducing ArgoCD introduces a new tool that requires maintenance with updates, security configuration, and so on.

At Padok we use ArgoCD with two main goals.

First, we use it to train, both internally for junior ops and externally to help developers we work with.

One picture is worth a thousand words - Confucius

Besides, we coupled Argo with Kiali in order to adopt Canary Releases deployment. Indeed Kiali displays the traffic in real-time with information about error rates. Therefore we can catch a faulty release before its full rollout and address part of drawback #1.

If you want to try ArgoCD, do not hesitate to follow the Getting Started. This will provide a simple way to create Cloud Agnostic architecture in the future. Stay tuned for my next article on the future of Infrastructure as Code. 😉

Aurore is the CTO of Padok. Previously architect developer, she decided to become Ops to put developers in the best conditions (fast & reliable environments).