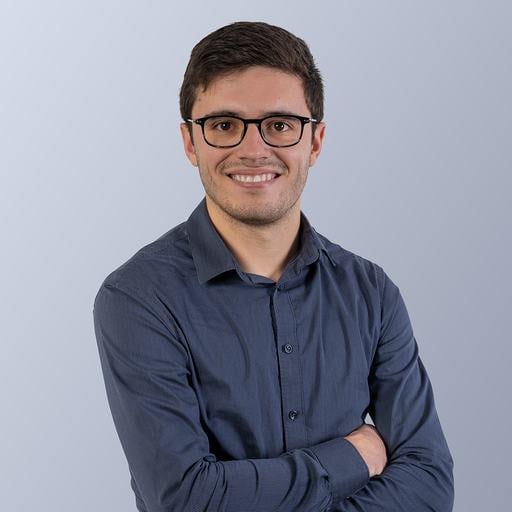 Let’s imagine that you deployed your Kubernetes cluster on your cloud provider of choice. Now, a key feature of Kubernetes is its autoscaling capabilities. Kubernetes Cluster Austoscaler is a good candidate for this job, but today we will check out Karpenter, another promising option!

The catchphrase of this tool states: “Just-in-time Nodes for Any Kubernetes Cluster”. What can we understand from this?

Instead of trying to guess, let’s extrapolate from their nice drawing: It all begins with pending pods. A pod is in the “pending” status when it appears in the cluster and is not yet affected to run on a node. There are two outcomes to this situation:

A pod can be unschedulable for a variety of reasons, including the most common:

All these reasons can add up.

In that case, the pod is stuck and will never run! But not so fast, Karpenter is here to save the day💪

Its main job will be to:

This is all done by using the configuration specified in provisioners. It’s a custom resource deployed when installing Karpenter which specifies all the provisioning configurations of your cluster. With this resource, you can define distinct node sets, each with its own characteristic. For example, you could define a provisioner which only creates ARM nodes, or nodes with a ci-cd label to handle CI/CD jobs that run into your cluster.

Apart from this, Karpenter has some side hustles to make sure that your cluster is optimized to your liking:

The main alternative to Karpenter is the classic Kubernetes Cluster Autoscaler.

Kubernetes Cluster Autoscaler is a tool released in 2017 that has been used extensively across many infrastructures whereas Karpenter is newer.

Both of these autoscaling tools must be installed inside your cluster, but they differ in the way they interact with the cloud provider. We will solely focus on AWS in these examples as it’s currently the only fully integrated cloud provider for Karpenter.

Here’s a drawing that will help you differentiate the setup of an AWS EKS cluster with Kubernetes Cluster Autoscaler and Karpenter: The consequence of this is that your Kubernetes cluster’s state is closely tied to the cloud provider you are using, AWS in this instance. This can be positive in the sense that you will benefit from the additional features that managed node groups bring.

By using managed services, you will also have a better view of your overall cloud infrastructure by separating all the applicative parts (what’s inside the Kubernetes cluster) from all the gears supporting it (all the infrastructure as code).

Karpenter simplifies this setup by only interacting with the EC2 service. All the autoscaling configuration is specified in provisioners, which can be regarded as a more configurable alternative to EKS-managed node groups.

Here are the key comparison points between both autoscaling solutions:

Now that you’re convinced that using Karpenter will better suit your scaling needs than Kubernetes Cluster Autoscaler (or not, let me know!), we will see how to deploy and configure it for a quick start setup.

We will only focus on the deployment of this tool on AWS because of the reasons stated previously.

For the first part of the deployment procedure, I highly recommend following the official “Getting started using Terraform” guide (change the docs to the latest version). It will help you set up the AWS resources (network, cluster, IAM) from scratch. Follow it until you finished the “Create the KarpenterController IAM Role” section.

If you already have your infrastructure, here are the key points that you will need to handle :

Next, install Karpenter using Helm, here are the two files that you’ll need:

The install command should be :

Now, you should have a Kubernetes cluster with a Karpenter pod running inside of it, let’s configure it so that it can add new nodes.

Configuring autoscaling with Karpenter will involve two types of resources: providers and provisioners. We will see first how to deploy a simple provider which will handle the configuration for all subsequent provisioners.

Providers are cloud provider-specific resources that define parameters that will be used by provisioners. In our case (AWS), a provider will be an AWSNodeTemplate resource that will handle EC2 instance configuration. You can see all the available fields for AWSNodeTemplate on Github, or use the kubectl explain AWSNodeTemplate command.

Here is an example that you can apply in your Kubernetes cluster:

With this provider, we’ll only define which subnet the instances will be, which security groups the instance will be attaching, and the tags that it will wear. It will select the subnets and security groups wearing the tag karpenter.sh/discovery: karpenter. You can adapt the tags with whatever you already have on your infrastructure.

As we explained earlier, provisioners will help us define node sets in our cluster. First, we can define a really simple provisioner that will deploy inexpensive EC2 Spot instances in our Kubernetes cluster.

This provisioner uses the default provider we defined earlier and will create Spot nodes that will be terminated 30 seconds after being empty.

With this, you already have a very robust autoscaling configuration. In this scenario, any unschedulable workload (eg. group of pods) will be handled by this provisioner and will be scheduled on a Spot instance that fits it and will be the least susceptible to be reclaimed.

Here is an example of a more specific provisioner:

This provisioner will be able to handle ARM workloads, with two conditions: each pod must have a nodeSelector pointing on the type: arm label and a toleration tolerating the type:arm=NoSchedule taint. The instances will be on-demand, part of the burstable Graviton family, and only created in the eu-west-3a availability zone.

The parameter combinations are infinite and you can specify all the specific needs for your workloads. To see all the configurations you can apply to provisioner, see the docs.

Here is an example of a deployment that will create a pod that will be picked up and scheduled using this provisioner :

If you apply this deployment to this cluster, here’s what will happen:

After all this, all there is to do is to wait for the node to join the Kubernetes cluster, and the 3 pods will be scheduled and running on the brand-new node.

I would give the configuration process a mark of 4/5 because the provider and provisioner configuration allows you to do a lot more things than Kubernetes Cluster Autoscaler does. However, I find it hard to gather all the possibilities from Karpenter’s documentation. You could be unaware of a feature that you need, but that is poorly referenced.

From an operator's point of view, Karpenter should be easy to maintain. The setup with the Cloud Provider (AWS in this case) is a one-time process and then the autoscaling magic happens inside Kubernetes.

Using GitOps tools such as ArgoCD to maintain provisioner and provider configuration should make Karpenter simple to manage.

Karpenter receives a lot of updates and new features at the moment. Be careful before updating it and read the changelogs, but it also makes the tool exciting to follow.

I would therefore give operator experience a 4/5 mark.

For discovery blog posts at Padok, we like to reflect on user experience when using a particular technology. However, for Karpenter, it’s not relevant as it’s not a tool destined to be used by end-users.

The user of any application or platform wouldn’t be aware that Karpenter manages autoscaling on the backend AWS Kubernetes clusters, let alone that the backend runs on Kubernetes.

All in all, Karpenter is a great replacement solution for Kubernetes Cluster Autoscaler if you are using AWS EKS. I personally find that moving the node scaling logic from the cloud provider into Kubernetes is a great DevX improvement.

However, we will need to wait for autoscaling use cases outside of AWS as it still lacks some integrations to be used across most cloud providers. But check out this documentation for best practices when setting up Karpenter on AWS EKS!

Térence is an SRE (Site Reliability Engineer) at Padok. Archer in his spare time, Térence is passionate about cloud and open-source.